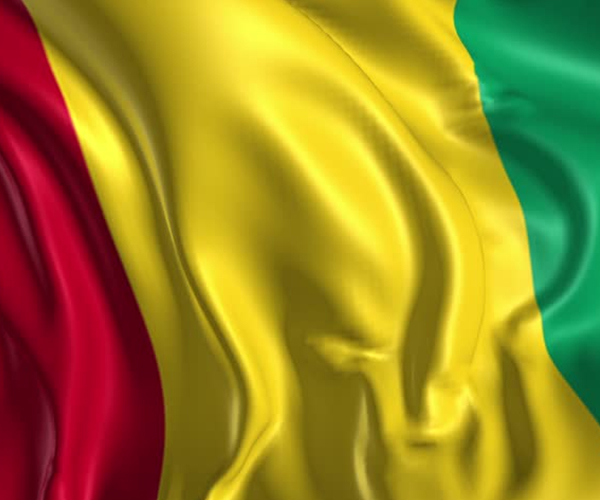 The continued instability in neighbouring countries and armed banditry in the region are causing increased tensions and hostilities in Guinea. Exercise a high degree of caution in the areas bordering Senegal (Casamance), Liberia, Sierra Leone and Côte d’Ivoire, where ongoing cross-border military and rebel activity makes the security situation unsafe. There is a risk of renewed inter-ethnic violence in and around the town of N’Zérékoré, in Guinée Forestière. There have also been confrontations in industrial cities, such as Fria, where access to raw materials and tensions caused by work stoppages are aggravating the security situation.

Screening measures are in place at entry points in an attempt to contain the Ebola outbreak. Some airlines have suspended flights to and from Guinea. Confirm the status of your flight with the airline before heading to the airport.

Ebola facilities and health workers have often been attacked in the past year.

Violent crime is prevalent, especially in Conakry, but also in some rural areas such as Kankan. Armed robbery, carjackings, assaults, muggings and break-ins are on the rise in Conakry and the surrounding province. These violent crimes are often perpetrated by men wearing military or police uniforms. Guinean authorities have implemented the restoration of checkpoints (police and gendarmerie) on major roads in Conakry and other cities between 11 p.m. and 6 a.m.

Foreigners are often targets of crime, especially at airports. Exercise caution at airports and hotels, where offers of unsolicited assistance may come from persons seeking an opportunity to steal luggage, purses or wallets. You should arrange to arrive at the airport during the day and be met there by reliable contacts.

Petty crime such as pickpocketing and purse-snatching is common, particularly in the Madina, Niger, and Taouyah markets, and often employs children. Do not show signs of affluence. Ensure personal belongings and travel documents are secure at all times, and remain alert to your surroundings, especially at night.

Demonstrations occur regularly and will likely intensify in the lead up to the presidential elections scheduled for October 11, 2015. The risk of violence is high. Protests over the political deadlock in the country, coupled with the lack of provision of public services have led to violent incidents across the country in the past months, causing deaths and injuries. These protests can lead to significant disruptions to traffic and public transportation. Avoid all demonstrations and large gatherings, follow the advice of local authorities and monitor local media.

The socio-economic situation is also generally unstable in Guinea. Conakry has been experiencing fuel and water shortages in recent months. This has affected transportation as well as the power supply, and has led to civil unrest causing death and injuries.

Driving habits, the lack of road and traffic signs, poorly maintained vehicles and roads, pedestrians and livestock pose hazards. In the event of an accident, you should proceed to the nearest police station or medical facility, as roadside assistance and ambulance services are not available.

You should be careful while driving in Conakry and surrounding areas, and when travelling to and from the international airport, due to a reported increase in violent and opportunistic crimes against foreigners. The risk of robberies and armed attacks also increases after dark. Moreover, it is not rare for travellers to encounter improvised roadblocks (including on the airport road) erected by armed groups or military troops. Payment or proof of identity may be required at these roadblocks. The following documents should be carried at all times: copies of identity papers (passport and visa), vaccination record, vehicle registration (grey card), valid driver’s licence, proof of road insurance, and vehicle safety check certificate.

Overland travel outside major centres should only be undertaken during daylight hours and with a four-wheel-drive vehicle with spare tires. The vehicle should also be equipped with water, means of communication, a reflective hazard triangle, a fire extinguisher and a first aid kit. We recommend driving in convoy. Road travel outside the capital may be difficult during the rainy season.

Guinea has no official public transportation system. Although informal means of communal transport exist, such as taxis and buses, they should be used with extreme caution. Airline companies offer regular links from Conakry to the cities of Kankan, Siguiri, Labé and N’zérékoré.

There is an airport departure tax, which may not be included in the price of the plane ticket. Please check with your air carrier.

Cases of attempted fraud are frequently reported in this country. See our Overseas Fraud page for more information on scams abroad.

Pirate attacks occur in coastal waters, and in some cases, further out at sea. Mariners should take appropriate precautions. For additional information, consult the Live Piracy Report published by the International Maritime Bureau.

In the event of a strike, shops could close for long periods of time with little warning. Ensure that you maintain stores of food, water and emergency supplies, sufficient to last three to four days.

Power outages are frequent throughout the country and may affect security conditions, especially in large urban centres.

Tourist facilities are limited outside the capital.